Thus continues a lengthening history of disparaging commentary about the country of my birth. It’s perhaps a little unfair. If the continuation of the above quoted dialogue is anything to go by, “the whole world envies our ‘paradise’ in the southern ocean”. And it is, I suppose, a bit of a paradise, or at least bits of it are. Certainly that’s the idea everyone gets when you arrive in Edinburgh, standing out like David Hasselhoff, a bronzed god of the beach, amid a forest of translucent, pale-blue skin. The impression, of course, isn’t hurt any by your arrival heralding the start of several days of the first sunshine they’ve seen in months.

And everyone is envious. In fact I’m envious. But where they’re desperate for some of our ‘paradise’, I can’t get enough of the cold, crisp air, the cozy warmth of indoors, the feeling of being comfortable wearing jeans, for the first time since… well I can’t fucking remember when. And naturally, let’s not forget the beer, too dark and smoky and full of hoppy goodness to be stomached in paradise. 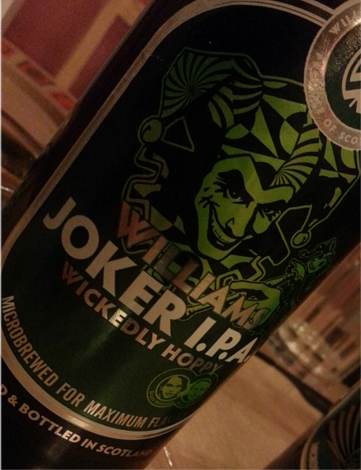 None of this is, of course, much surprising, not merely because I incessantly repeat myself, but because we’re a generally dissatisfied species really, obsessed with the greenness of everyone else’s fucking grass, and victimised by rampant nostalgia. It’s a cruel irony, that having spent years living in Scotland, and subjecting everyone around me to endless diatribes about the lack of summer sun, about longing for a swim in the ocean, about the entrenched class system: a gradually building monologue, culminating in a litany of praise for the antipodean paradise from whence I came, that my eventual return to the homeland winds up with me living in the country’s fucking nanny state, a wasteland of conservatism, authoritarian propaganda and greed, fuelled, like so many other narrow-minded places in the world, by a climate too bloody hot to be fit for human occupation.

The place is the literal and climatic polar opposite of Scotland, and I find myself spending my days here subjecting those around me to endless diatribes about the brutal summer sun, about the lack of a decent winter, the archaic racialist attitudes… you know where this is headed…

I am, I have come to realise, obsessed with place, with environments, and with my place in them. What I have also come to realise, is that I’m no longer so sure I have a place. My body has grown intolerant of the heat I used to revel in, and my heart no longer knows where the fuck it is.

I am so far removed these days from “home”, from the family emplacement in Sydney, that it has become like New Jersey, the home of the in-laws, a place I don’t live but visit, a place I go on holiday, where I no longer understand life, where I don’t belong. Part of it is the lengthy separation to be sure, which breeds that nostalgia I was talking about.
The thing about nostalgia though, is that reality never measures up; it can’t possibly measure up, because memories aren’t to be trusted, the truth in our heads is a fucking lie. It’s like the longing for a past lover, for the glow of their crooked-toothed smile, for those lazy afternoons lying around making love. Only, once you’ve gone and fucked them again, you remember that the conversation is about as enticing as a day-old bowl of porridge, that they never shut up, not for two seconds, so you can get an “I have to go now” in edgeways, and now your fucking trapped aren’t you?

Similarly the desire to go home after years of living away, only to find that not only had you forgotten the things that you didn’t like to begin with, but that the place has changed for the worse while you’ve been gone, that some of your friends no longer give a fuck, or think of you as “some guy I haven’t seen in years, who leaves inane comments on my Facebook posts”, and the place has been overrun by fucking hipsters. Hipsters everywhere, and the only place in your local you’re cool enough for is the three stools in the corner where you sit with the other guys who remember the place like it used to be. And the bogans. Where they always here? Is this another trick of your unreliable recollections? Were there always so many little rednecks running around called called Dustee and Shontell and La-a (read Ladasha by the way).

And it’s your own fault, because you refused to take heed of the fact that the constant babbling inanities is why they were a past lover to begin with; and a month before you went home you went to a Powderfinger gig full of shirtless dickheads draped in Australian flags who hadn’t quite cottoned on to the fact that they didn’t need to establish their Arsetralianness because no one else in their right mind would go to a bloody Powderfinger gig… but you went home anyway. And it wasn’t quite so good as you thought it was going to be.

So this current bout of longing to get the fuck out of here, to go back to Edinburgh, should be taken with a grain of salt, should be well considered, and long thought out. Certainly the separation from The East Coast Massif, who despite being less a part of life these days, by virtue of geographical detachment, are still a part of life, somewhere – has a lot to do with the yearning to go. No doubt if I still resided in Sydney, I’d have slotted back into the rhythms of life there, and re-learnt all the back ways, the paths one takes to keep the fuck away from guys with moustaches riding fixies, or the scary women with mullets scraping the speed bumps in their lowered, metallic green Holden utes. And maybe the continued development of life with the people there would have returned the place to a feeling of relevance. As it stands, the only relevance Sydney has are the loved ones I wish I got to see more… but they could be here and that would be fine…

Who the fuck am I kidding? Here?

I thought this was all about place. But maybe it’s actually about the people. And perhaps the maelstrom of fun and love that is the Edinburgh family are more relevant these days. By virtue of temporal proximity to the person I am become? By virtue of the fact that none of them are actually from Edinburgh?

I don’t know, that’s about all my puny brain can make of the whole scenario. I’ll get back you to once I’ve sobered up… and found a new job… and finished that fucking novel…